The pentagram was a symbol in ancient Greece and Sumeria. The Pentagram appears on jewelry in many countries. 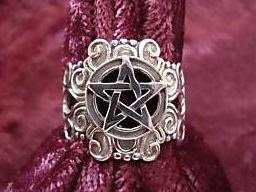 It appears on some old synagogues (e.g. Capernaum). It was the sign under which Constantine would conquer. Christians once used the pentagram to represent the five wounds of Jesus. Some have a phobia (Greek: φόβος, phóbos, meaning morbid fear) of pentagrams.

The pentagram is associated with the planet Venus, and - in times past - the worship of the goddess Venus, or her many equivalents (Isis, Ishtar, Virgin Mary, etc.). It is also associated with Lucifer - the light bringer, which is Venus (as the Morning Star). Venus is also sometimes the evening star but either stupidity or ignorance prevented the profoundly superstitious from figuring that out for themselves. If you sip enough of that Ken-Tuck Whiskey, you'll fall to believe almost anything.

"View in 2010: Venus: the dazzling morning or evening star, outshines all the other stars and planets in the night sky. It moves into the evening sky in March, low in the west as darkness begins to fall. It will climb into better view through the spring and into summer. It will disappear from view in October as it passes between Earth and the Sun. It will return to view as a "morning star" by early November, and remain there for the rest of the year."

It may have originated from the observations of Sumerian astronomers. When viewed from Earth, five successive inferior conjunctions of Venus plot pentagram shape around the zodiac at eight year intervals. 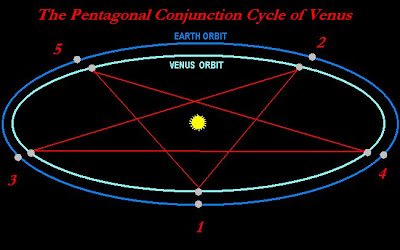 It's just gravity. The second rock from the sun orbits the sun because of gravity. The devil is in the details - and those details often escape the ignorant. And, BTW, occult only means means "hidden."

Stupid. I see stupid people!
They are - they're can be confused with their or there. 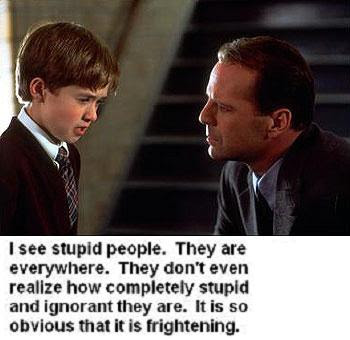