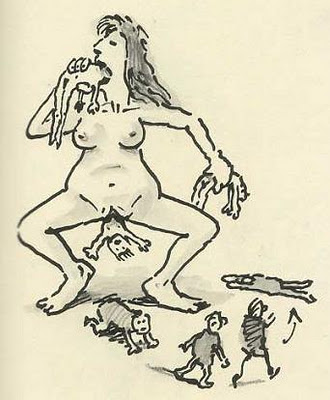 O.K. Some people don't get it.

Try reading a little. THIS book is a start.

Hell, even THIS article is a start. [a PDF]

What would cause young children to think they remembered living before—and dying before? For the past forty years, doctors at the University of Virginia Medical Center have tried to answer that question. Researchers have investigated more than 2,500 cases of young children who reported memories of previous lives. Now, Jim B. Tucker, M.D., a child psychiatrist who currently directs the research, shares these studies with the general public.

Children who report past-life memories typically begin talking about a previous life when they are two to three years old. The children tend to show a strong emotional involvement with the apparent memories and often cry to be taken to the previous family. In many cases, parents have taken their children to the places they named, where they found that an individual had died whose life matched the details given by the child. During the visits, some children have recognized family members or friends from that individual's life. Many children have also had birthmarks that matched wounds on the body of the deceased individual.

Don't believe* it, consider it.


The Boy Who Lived Before: This documentary screened in 2005 as part of the television series ”Extraordinary People” broadcast in the UK. “The Boy Who Lived Before” featured the investigation of the case of Cameron Macaulay by Dr. Jim Tucker, an Associate Professor of Psychiatry and Neurobehavioral Sciences at the University of Virginia.

*Belief is an emotional disease in my lexicon - akin to pork for the Jews and Muslims.
Posted by Mysterion No comments: