The movie "Mr. Baseball" was based on a real story. Randy Bass, who once played for the Padres, was sent off to Japan to play for the Hanshin Tigers. The rest is history, sort of. Oh, and there's that electric train.
Well, serendipity dictates that when Randy Bass was "Mr. Baseball" in Japan, I also was in Japan and we looked a lot alike - sometimes, even to me! 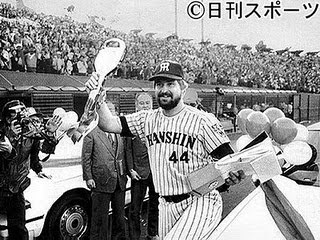 Only hard-core fans, and devotees of Japanese baseball, are aware of the Curse of Colonel Sanders. The victims are the Hanshin Tigers, who are the Japanese equivalent of the Cubs and Red Sox — one title in 68 years. That came "in 1985, and in celebration, fans resembling Tigers stars leaped into Osaka's Dotonbori River in celebration. However, no one could be found who resembled the Tigers' burly American star Randy Bass, so resourceful fans went to a nearby Kentucky Fried Chicken outlet, stole a statue of Colonel Sanders, and tossed it in the river. 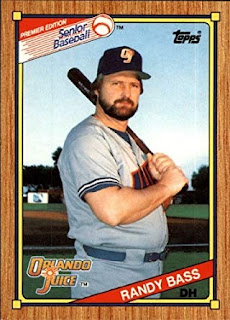 In subsequent years, the Tigers plummeted back to the basement, and according to legend will not win another championship until the Colonel is found. Numerous efforts to recover the statue have been undertaken, to no avail. source 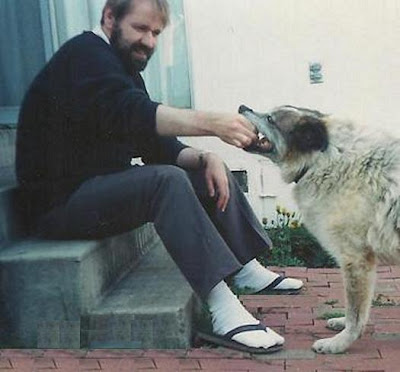 My dog at the time - named Pepper - was part wolf...
So anyway, occasionally a little kid would run up to me and ask me to autograph a baseball. 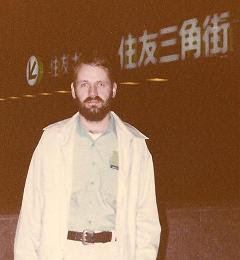 This falls into the Easter Bunny & Santa Claus category. There IS an Easter Bunny and a Santa Clause but neither are what you think they are. So I signed. Life is not always about disappointing children. Life is about being a responsible parent if you choose to produce offspring. 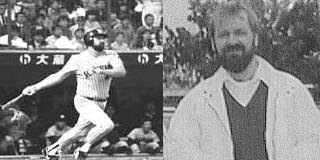 Unemployment is 12.5% on the average. Among teens and young adults it is as high as 70% in some demographics. It's time to EXPAND state employment in the parks, public works, and the like. How are "WE" going to fund it?

An immediate 12.5¢ per gallon fuel tax - for cars, trucks, buses, and airplanes AND a progressive state income tax of 12.5% in 0.5% increments. Only those few thousand folks that make more than two million dollars a year would be taxed at 12.5%.

Then we could open many state parks year around (so it's a make work project, so WHAT?), perhaps reforest more than a few hillsides, and put some people back to work.

What a concept, what a dream. The republicant's say "You can't tax your way to prosperity." But it's just something else they are wrong about.
Posted by Mysterion No comments:

Occident out, Orient in.

Occidentals, in looking outward, became involved - even attached to self. Thus death cults like Xtianity and Islam prospered. Some orientals, in looking inward (HERE), found self to be an allusion while others found self an illusion. In the absence of self, death no longer mattered. Oh, the living lament but in time they die too and all is forgotten. Death cults became superfluous.

That is how very little YOU will matter in seven, nine, or twelve generations. The rest is just Bullshit.

The Goat and the Cross

Part of the entire 400 year exercise of arguing about the goat on the long tether (e.g. who owns the goat, the negligent herder who put the goat on a long tether, the farmer upon whose field the goat wandered and fed, and what of the goat's milk, and the MEAT - if sacrificed - e.g. who will god favor - herder or farmer, and the milk stops if the meat is taken... &ct.) is the development of critical thinking and the extension of reasoning into the abstract.

With Buddhism, there was a different development of critical thinking and extending of reasoning into the abstract. The idea of nurturing the emergence of consciousness was held in common but the method of development unique. 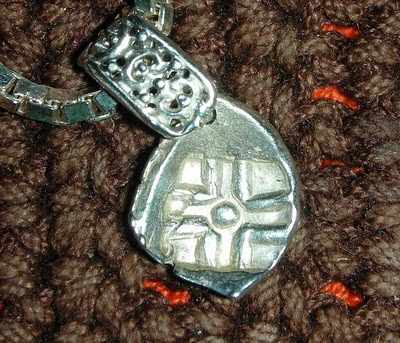