I mean "Going Clear" just last week as well as est four decades ago. My friends tell me that it is a kind of updated replay of the TIME article from days gone by. Again, I missed it. I simply do not have cable/satellite TV (never have, never will). I lack the time, temperament, and taste for "1,000 channels of nothing to watch." 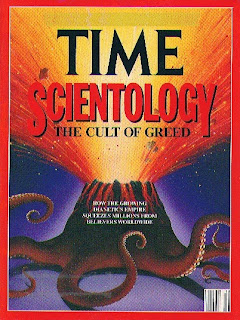 "The revelations in Alex Gibney’s new documentary Going Clear: Scientology and the Prison of Belief won’t come as a huge surprise to anyone who’s read Lawrence Wright’s devastating, similarly titled book-length exposé. (Nor will your generic ethic officers bat an eyelash over the exposure.) But a movie is a very different thing than a book, for better and for worse." 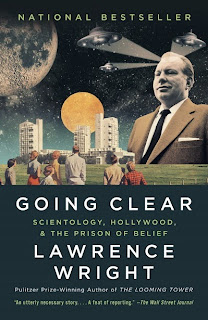 As for est, it has been reborn yet again (and dies) in some new forms. It remains a tepid world - between heaven and hell. (YAWN) I will awake you when the time arrives. Part of "Large Group Awareness Training," est was, in my opinion, a short shot at satori for the fools (and their recently separated money). esties would buy a bumper sticker and drive around with this tangible representation of their gullibility on the ass-end of their CVC, BMW, or rent-a-wreck.

Besides, SOME derived an ersatz 'right of passage' from est where they had (1) failed to grow up, (2) failed to finish college (or high school) and/or (3) recently received a bad performance review (from either an employer or bed-partner - or both).* Jim Jones was a MASTER of LGAT - to the bitter end. BBC Documentary... So, the Jonestown 'rite of passage' was - as they say - to the other shore. Then there is that word: LITIGATION. And the other word: CLINICAL PSYCHOLOGY. *There is evidence that many of those who sign up for LGAT programs such as Landmark Forum are having major problems in their lives. Y. Klar, R. Mendola, J. D. Fischer, R. C. Silver, J. M. Chinsky and B. Goff, reported in the Journal of Consulting & Clinical Psychology [990;58(1):99-108] 'google' your favorite LGAT and either the word "suicide" or the word "litigation." O.K. - fair enough? 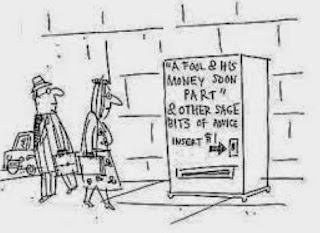 Your brain is your brain - be responsible for it!
Posted by Mysterion No comments:

CONTEXT In the 1950s, the Beatniks were a youth subculture. Bob Denver plays a Beatnik HERE Within the transition from the Beatnik subculture to the Hippie Subculture (e.g. the 1960s), popularized SF Zen emerged. Zen, in the N.Y.C. area had arrived a decade or so earlier. That is/was the Alan Watts, D.T. Suzuki wave of Zen. SF Zen Center was part of the Haight Ashbury Scene in San Francisco. Another factor during that time was the "free love" movement 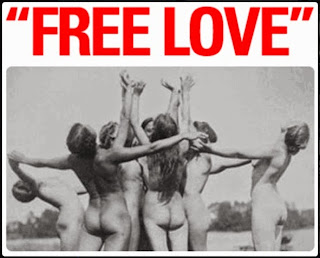 and, to a lessor degree, wife swapping. FInal Scene... So, to say that Richard Baker was "sleeping around" was only to say that Richard Baker did not divorce himself from the Scene in San Francisco - especially around the Haight. What I am saying is that Rickard Baker was not evil. He simply did not detach himself from the world of hedonism that surrounded Zen Center. That was, at worst, a weakness on his part. Hedonism's motto was: "Find your pleasures and maximize them." Drugs, sex, and rock and roll.

Do not make artificial distinctions based upon ignorance. Either educate yourself or withdraw from the useless activity of condemning others for that which you do not understand - or can not understand.
Posted by Mysterion No comments: