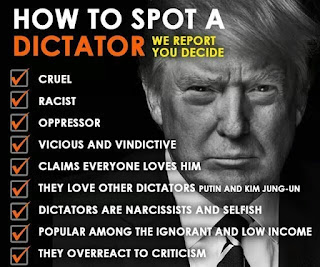 Nancy Pelosi is worried Trump won’t leave office if he loses in 2020. She has good reason to be. Trump joked about serving “10 or 14 years” during his rally in Panama City Beach, Florida, on Thursday. In office, Trump is ripping off hundreds od millions $$$. It's the best he's ever had it (the scam). 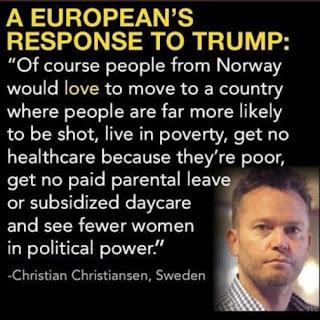 If we expect to have anything, then it will be from raking forest floors. 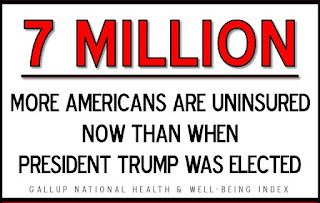 Trump wants to remove ObamaCare and replace it with death. 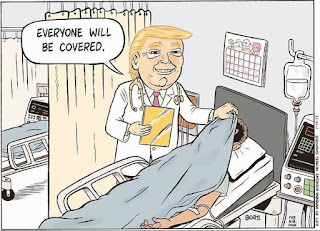 When someone called Trump a "billionaire philanthropist" a few months ago at PEET's I spit out my coffee, laughing. 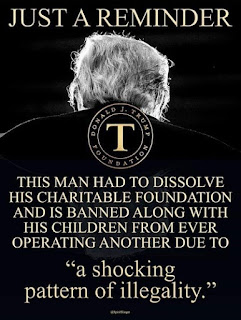 Duh Donald, with his limited intellectual capacity (retardation) and distorted perception (autism), is so self centered that others mean nothing to him. 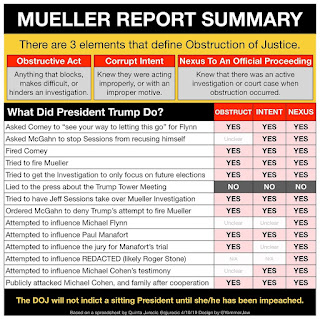 Duh Donald thinks that he is 'out of the woods' with Mueller. 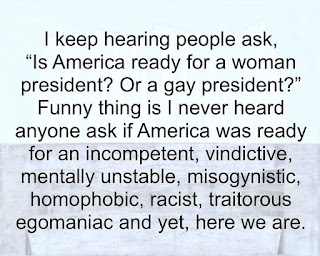 He spends more than half of his day watching TV. 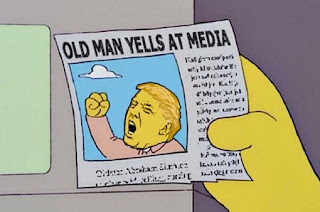 and he keeps jinning up his wall. 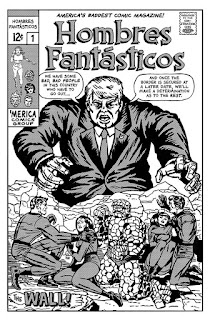 But educated and informed voters recognize Duh Donald for what he is -- a smelly poo pile. 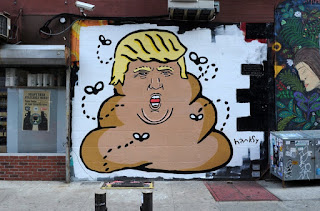 
I seriously doubt that Duh Donald Trump has ever been a billionaire. Others doubt it also.

Trump never had $ 1 billion to lose.

The Trump Taj Mahal Hotel and Casino, which opened in April 1990 was more than $800 million in debt, most at high interest rates. It did not generate enough revenue to cover that debt, and sucked revenue from Trump’s Castle and Trump Plaza, pulling them into the red. Trump spent a decade in red ink.

As a result, 1990 and 1991 represented the worst years of the period, with combined losses of $517.6 million. And over the next three years, as Mr. Trump turned over properties to his lenders to stave off bankruptcy, his core businesses lost an additional $286.9 million.

Duh Donald Trump secretly tapped into father’s wealth to continue "Keeping up Appearances" and living like a winner.

Face it: "Duh Donald is Hyacinth Bucket on steriods."

Not even half (not ever)

Duh Donald Trump’s approval rating a new high in April, according to the Gallup poll.

Trump’s approval rating ticked up 1 to 46 percent from 45 percent in the first part of April and the highest mark to date for Trump.

Trump remains popular among Republicans, 91 percent of whom gave the president positive marks in the latest Gallup poll. That figure slipped from the 92 percent approval among GOP respondents, reached in a Gallup survey in November. 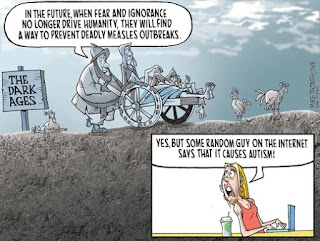 Among Democrats, 12 percent said they approve of Trump’s job performance. That figure matches the previous high among Democrats recorded in April 2017. 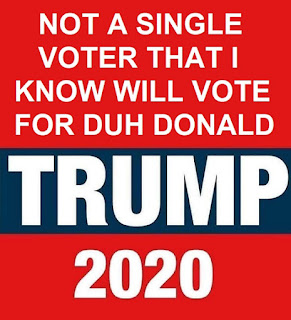 Trump’s approval among independents slipped from 39 percent to 37 percent in the latest poll. 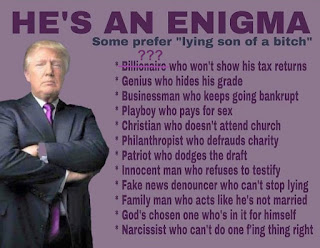 Trump has largely been buoyed by a strong economy. The poll overlapped with the immediate aftermath of the release of special counsel Robert Mueller's report on Russia's interference in the 2016 election. Trump hailed its findings as a "total exoneration" after Mueller did not establish a conspiracy between the Trump campaign and the Kremlin. 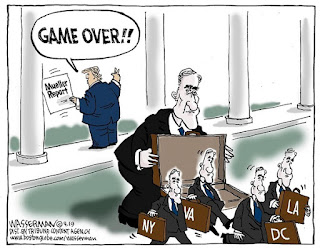 by the fools who worship our retarded president. 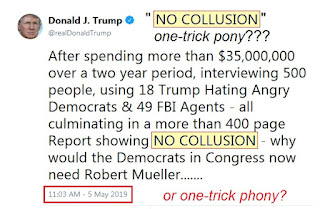 The (invalid) suggestion here is that if there is no crime, there can be no obstruction. 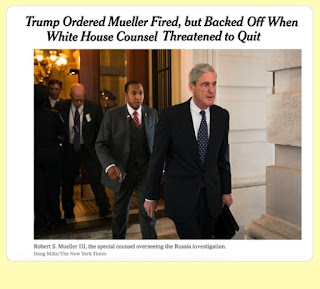 That's like saying: "If there is retardation, there can be no autism." 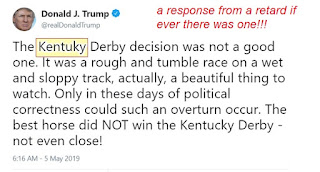 Well, there CAN be both autism and retardation - in the current president of the United States of America. 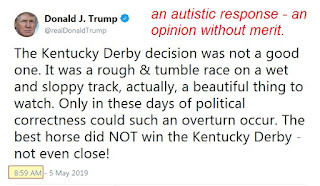