THAT Shot a Hole in THAT Myth.

Now I had a fair to middlin' fetchin' up as a First Christian - until I was 11 or 12 and could think just a bit on the independent side.

So for a moment, ever so briefly, as a youth, before I knew what hypothetical even meant, I considered the creationist view in Genesis (which, btw, I found out later was one of the last chapters written in the OT). [p.s. Heads up on "Deo Vindice."]

Then I became a minor fan of things that fall out of the sky - polycrystalline black diamonds (a.k.a. carbonado). When you want to carbon date these things, you can't. They are too old. They predate creation. Here's one, now. 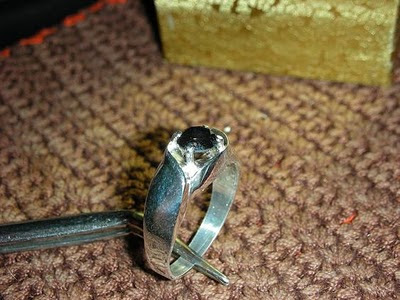 Besides Carbon (which is abundant throughout the universe) there are other elements inside. What you might want to do to date the carbon and captured gasses is just BLAST some of that stuff out of the black diamond using a very high speed focused particle beam. You know, a 600 microsecond long proton beam at 100 Million electron Volts should do the trick. Then all that vaporized material in the ejected tiny plasma cloud could be quickly analyzed inside the target chamber and an estimation of the age of aggregation could be made. Well, there is a pin hole 'entrance wound' and a real blast of an exit wound. 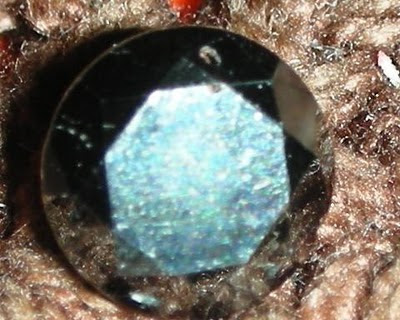 Well, that little gem (which could have ended up no more than a puff of vaporized dust (had the beam struck a slightly different spot) is somewhere between 5 billion and 5.2 billion years old. That's 5.1 bya +/- 100 million years within a certainty of 97.5% - for those who care. I care. I like it - it is physical evidence that the old boys who composed the two creation myths in Genesis 1 & 2 were just spinning a bedtime yarn. And that certainly works for me. Zzzzzzzzzzz.... 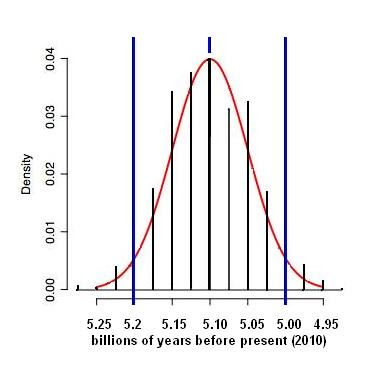 Here's a detail of that little hole for the optically challenged. 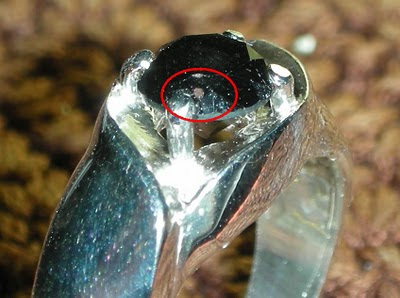 Click on above picture for bigger view.
Posted by Mysterion No comments:

Freedom of Religion is alive and well in Arizona.

Thank whatever gods may be that Darwinism is being practiced by people with a craving for inbred stupidity. Now I am not being critical. Darwin himself (or hisself, for the illiterate among you who are unable to read this) observed the phenomena.

"Darwin could have published his theory of evolution in the early 1840s, but something stopped him in his tracks. In 1844, Robert Chambers anonymously published Vestiges of the Natural History of Creation, a quasi-scientific book supporting evolution. The reaction to it was fierce. Even one of Darwin's own mentors, Adam Sedgwick, wrote a scornful review. Historians differ on whether this episode caused Darwin to put his own manuscript on hold. Besides the harsh response to Vestiges, another factor in Darwin's thoughts may have been the tumultuous political landscape in England's mid-19th century. Chartists (members of a working-class empowerment movement) were demanding such radical concessions as the right for every adult male to vote, and the abolition of property-ownership requirements for membership in Parliament. Landed gentry, if Darwin and his friends could be called as much, were nervous, and progressive-sounding theories didn't help." source

In short, if one is a republican and one THINKS, the thinking part must be secreted for a more politically correct opportunity in which to reveal [gasp] the thinking.

"Darwin observed his children as closely as he monitored "apes in the London Zoo," to see which inherited traits they displayed. Sure enough, all of them fell victim to his own defective digestive condition. His eldest daughter died at age 10 with severe gastrointestinal problems, and one after another, the remaining seven children fell ill at about the same age. "Over a period of 15 years, Darwin discovered how heredity works when first cousins marry," says Moore.

Darwin's five surviving sons became actively involved in the eugenics movement. His son George compiled statistics on the offspring of first-cousin marriages and also checked lunatic asylums for traits of inferior human beings. His youngest son Horace, the sickliest of the lot, started an engineering company to make anthropometric instruments used in measuring body parts to assess genetic quality. And both sons worked closely with Francis Galton, founder of the eugenics movement in the 1880s, which was hailed as "a new basis of moral obligation." source
Posted by Mysterion No comments:

A Standing Ovulation for Easter.

It's just not an intellectually impoverished song - hard rock for simpletons on the gullible extreme of the lunitic fringe - it's the same old hook. Do we get it?

Easter is such a seminal holiday that the female hormone estrogen (egg maker) was named after it. This band deserves a standing ovulation - drop an egg for this garage band! At least they (apparently) avoid getting stoned.

"Easter, well Oster, predates Christianity, it was a pagan fertility holiday - hence those eggs and bunnies and the springtime thing..."

WTF? Look on the bright side! It's nothing to get cross about.

He'll be back...
Posted by Mysterion No comments: