Shooting the Bull since '53 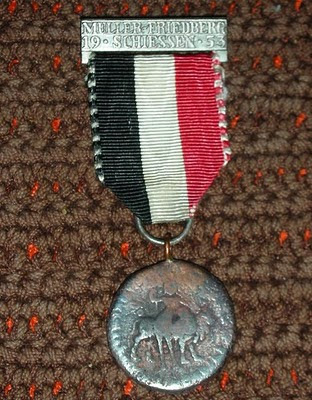 It says 19 SCHIESSEN 53. And the rare bronze is of a Brahma Bull (actually two of them). In the tradition of words having multiple meanings, schießen means "to shoot" while ein Tor schießen means to score (shoot) a goal. And in colloquial American English shoot the bull means merely to bullshit. However, the knowledgeable are able, through bullshit¹, to score points in conversations with the unlearned without so much as raising an eyebrow. This elevates bullshit to an art form worthy of appreciation in my crowd. Hint: it's the WIG.

Ah yes, the Brits and the Americans - two peoples separated by a common language - and the catastrophic failure in the gulf.

Now I think this is worth mentioning today because so many 'would-be Zennies' bullshit² - not out of that simple joy so often found in twisting the 'common language - out of the sheer weight of their ignorance. This latter type of bullshit is an effort to plug that pot hole of ignorance. It works well wherever the gene pool runs shallow. Now ignorance is not all bad. In a beginner's mind, we are told, many possibilities exist. Unfortunately the possibility of picking up and reading a few books a month is not one of them. Thus, many folks choose to dwell forever in ignorance and THAT is different from "Beginner's Mind." Therefore, in the hand that has yet to set foot into the virgin forest, ignorance is a universal starting point. Why more than a few find ignorance a suitable point of termination is a mystery to me. Wait and see. 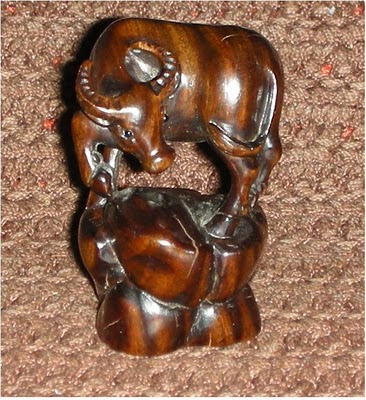 There's more than one way to herd an ox. 1935 version.
Ignorance is a tremendous burden to carry. Read a book, any book, and a different book every week (or two) throughout your remaining time. Who knows, you might learn something worthwhile.

1) Pulling one's leg. Chumming a fish (Xtian).
2) Speaking with authority out of ignorance (see a republican, speaking at all).
Posted by Mysterion No comments: 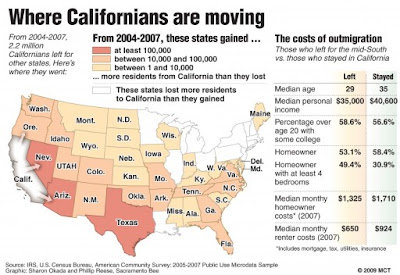 There is a closely kept secret in California - people are leaving in droves. It seems that it is 30% more expensive to live here while the pay is only about 10% more than neighboring states. But what really did it was the greedy republicans who thought they could buy and flip a house for big profits but got trapped when the bubble broke. Officially, 1 in 8 is unemployed. If you count all the illegals hired by republican contractors, it's closer to 1 in 5 people are out of work. We don't have an illegal worker problem, we have an illegal employer problem! These illegals exported their earnings to Mexico - unlike the legals who would have spent it locally. Besides, for the next decade, our most talented and educated need to relocate - overseas. That's where the republicans (e.g. Jack Welcher) - starting with Reagan - outsourced the core jobs, engineering work, and manufacturing.

Although no definitive studies have been done to date, it seems the most conservative areas were the hardest hit. The eastern valley folks in Modesto, Turlock, and Fresno drank the investment cool aid and now are off to points east, south, or both. And many of those republicans are leaving simply to avoid the embarrassment of being wrong (again) and flat broke to boot! People with real wealth did not risk much - if any - on speculation.
Posted by Mysterion No comments: