The nuns and the nones

Not to egg you on, but Easter is such a feminine holiday that estrogen was named after it!

As for the nuns, a few convents have been sold off to pay for the sins of the fathers. Papa Joe was a red hat when the wave of litigation hit (or all hell broke loose, so to speak). "The pathological obsession with secrecy in the Catholic Church..." was broken with the outing of blah, blah, blah...
Crimen Sollicitationis also here

Thus, there are many empty churches for sale - cheap!
Posted by Mysterion No comments:

It's not the Tel Dan Inscription, but... 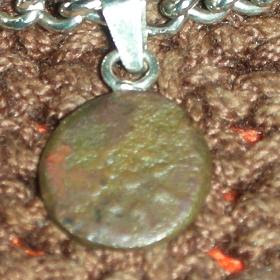 This is the exact "mite" that I have worn for years - Bodhidharma wheel being visible. For a 2200 year old half lead, half brass coin, it's not all that shabby.

Is it a "smoking gun" that convicts the folks in the Levant in terms of cultural borrowing? No, it is circumstantial evidence. But it remains compelling when compared to the complete absence of evidence to the contrary.
Posted by Mysterion No comments: 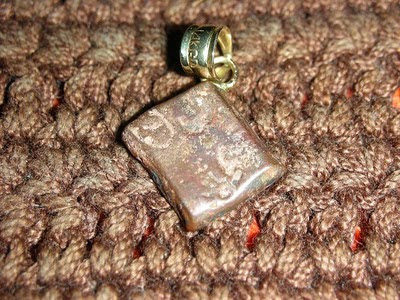 Once upon a time a destitute widow observed a religious assembly of hermits on the mountain. Uttering praises filled with joy she said, "While others give precious things such as the ocean caves produce, I have nothing to offer." Having thus spoken, she searched herself in vain for something to give. Then she recalled that she had found two small coppers in a great dung-heap, so she offered them forthwith as a gift of charity to the monks.*

The elder of the monks, an arahant (bodha-vista: one who sees Bodhisattva in folks), disregarding the rich gifts of others, observing bodhi dwelling in the heart of this poor widow, and wishing the adepts to esteem her merit, raised his right hand and said, "Venerable Masters, attend!" and then he proceeded:

"The poor coppers of this widow
To all purpose are worth
More than oceans treasures
Or wealth of this broad earth.

"An act born of intentions pure
She has done this pious deed;
(And) attained her own salvation,
Now free from selfish greed."
(see, for example)

Ixeus sat opposite the place where offerings were placed and observed various folks. Many rich folks offered large amounts. By and by, a poor widow came along and put in two copper lepta, worth only half a prutah (Dilepton).

Calling his disciples thither, Jesus said, "I'm telling you, this poor widow has put more into the treasury than the others. They gave of their wealth; but she, in poverty, gave all her wealth." see ESV

Now this Xtian fable has always brought up a question: "Why is the wheel of dharma on coins found throughout the Levant?"

*The Buddhist parable is superior. The moral is: "Even born of pure intentions, people are bound to give you a little shit."
Posted by Mysterion No comments: 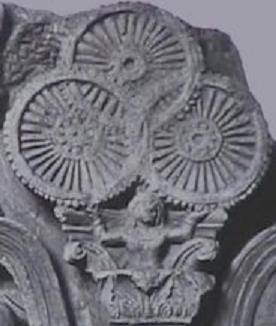