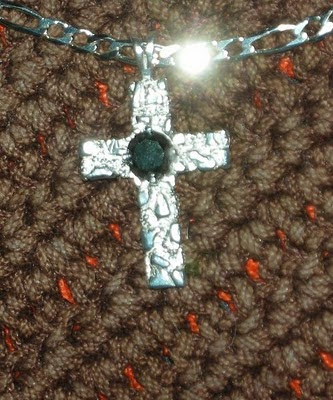 A mighty hand comes from the East
A devastating loathsome beast.
A militant mind with a heart of coal
A body for destruction and a jihad soul.
End Time Generation

Ya' see, the main problem with Xtianity (although there are hundreds of lesser problems) is that much of it (Xtianity) has developed a heart of coal. Now I ain't talkin' about the inquisition or Xtian Taliban or Calvin burnin' Michael Servetus at the stake and such. Nor am I talkin' the basic idolatry behind worshippin' a book (KJV only crowd).

What I'm talking about is the majority of so-called modern Xtian Chruches that avoid Matthew 24. Ya see, this mythical Jesus fellow was the ultimate communist - everybody, he said, owns everything in equal share regardless of their social status (caste). Furthermore, he was a socialist in that the government (or governance) has a duty to the people to see for their care.

Thus, I set a black diamond in the midst of a silver cross and wear it as a visible display to remind folks that, at the heart of current twisted, distorted, and perverted Xtianity (as exemplified by Ted Haggard) hides a lump of hardened coal. And that lump of coal (burned in hell to make profits) is harder than a diamond. 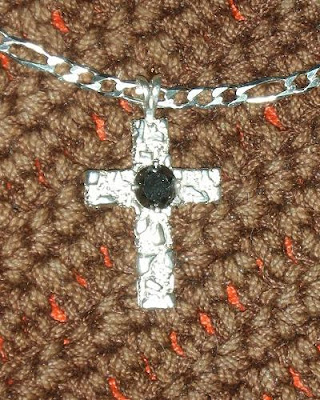